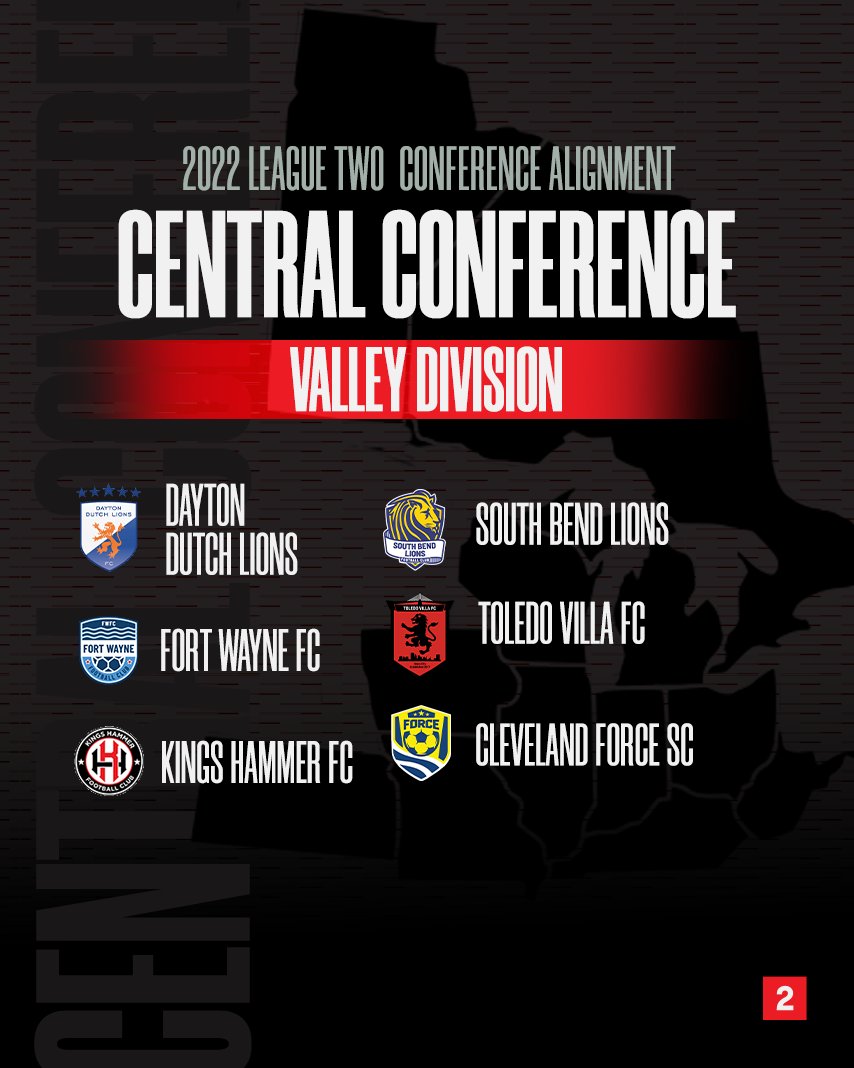 For our second season in the USL League Two, we will be competing in a newly formed Central Conference Valley Division.  The division will consist of 6 teams from across the states of Indiana and Ohio.  The top 2 teams from our division will qualify for the playoffs.

Most of the teams we have familiarity with, as we all played in the Central Conference Great Lakes Division last summer.  Fort Wayne FC and South Bend Lions represent the Hoosier State.  Old I-75 rivals Dayton Dutch Lions and Kings Hammer FC of Cincinnati return as well.  New to the division will be another Ohio side, Cleveland Force SC.  We are excited to take a trip across the Ohio Turnpike to start this new Northern Ohio rivalry.

Official schedules will be released in the coming weeks, but our home opener will be announced, January 26. Stay tuned for more details.