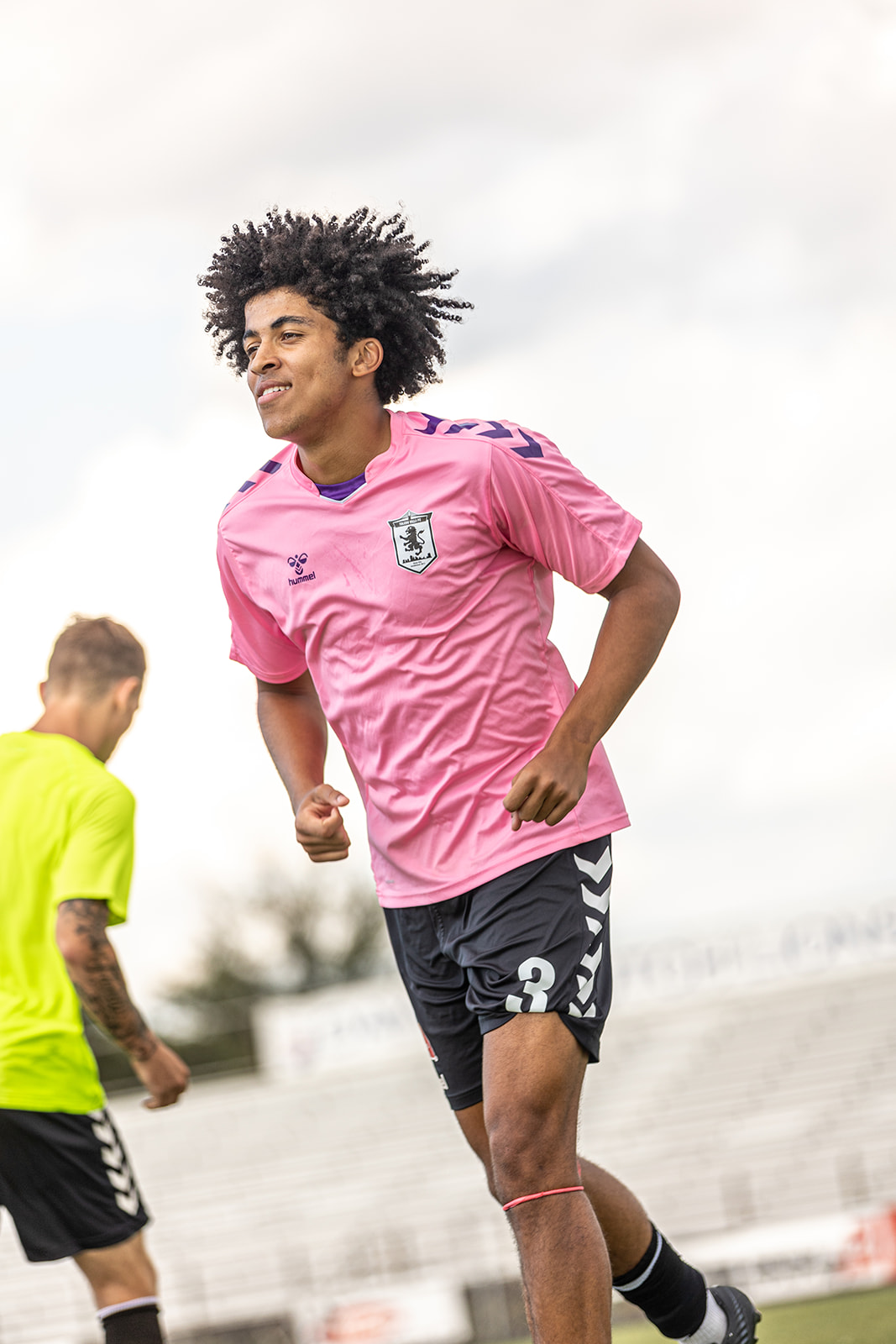 Joey Akpunonu is going from strength to strength this year.  After another successful summer with us at Toledo Villa FC, he continued his strong performances at Bowling Green State University.  The former St. John's Jesuit grad has used his summer experience to solidify himself as the anchor of the BGSU backline, and took on a greater leadership role with team this fall.  His prowess was helpful at both ends where he helped keep goals out as well as add a few for the Falcons.  He ended the season as their leading goalscorer with six on the season.  Unsurprisingly, he was named OCSA All-Ohio First Team and the Academic All-Ohio First Team.  He also was named to the MAC First Team.  His achievements were recognized by Major League Soccer (MLS), who invited him as one of only 44 invitees to their College Showcase held this past December 12th-15th.  The experience has culminated with Joey declaring that he is entering the 2023 MLS Super Draft for Wednesday December 21st.  We had a quick chat with him to learn about the experience.

TVFC: So first, we just wanted to say we really enjoyed watching your performances at BGSU this fall. It seemed like you used your summer experience to slot into your role with BG. How did you enjoy your fall season?

Joey Akpunonu: Thank you! I really enjoyed my fall season! We obviously didn’t do as well as we wanted because we played a tough schedule.  Regardless, we showed everyone the sort of style that we want to play. Toledo Villa definitely helped me with my new role because I was the central centerback of a back 3, so I learned a lot positionally that helped me this fall.

TVFC: We’ve seen you’ve gotten a lot of individual accolades at the end of the season. Did you set yourself any personal goals for the season or is it more about trying to reach team goals as a collective?

JA: My goal every season is to just get better and be the best player that I can be. It is way more important, however, to reach team goals.  I’m a competitor, so I want to compete and win as many games possible. If individual awards follow, then so be it. I care way more about our team winning games and hopefully championships.

TVFC: Nice, we love that mentality. Switching gears, you were recently invited to the MLS College Showcase. How did you find out about the invite? What were your feelings when you heard the news?

JA: There was a list of players that they were going to possibly invite and then they trimmed down the list to pick 44. I found out after our season that I was in that first list but didn’t know if I was going to be invited. My coach, Eric Nichols, explained this process with me. When I found out I was super excited! Playing professional soccer has been a dream of mine since I was young so I was super happy and grateful.

TVFC: So being a professional has always been your goal? I know there have been several recent BGSU alums who have turned pro (Ebe Ackon at San Diego Loyal, Alexis Souahy at Louisville City /New Mexico United, Anthony Mwembia at Pittsburgh Riverhounds, Jacob Erlandson at Crew 2) so has the coaching staff been able to give you good feedback on how to get to that next level?

JA: Yes, they have given me good feedback on what it takes to get to the next level and stay there with consistent performance. Coach Nichols played professional and understands what it takes. The environment at BG really helps because everyone is super competitive and intense. We are all pushing each other which helps a lot. I am also pretty close with Jake (Erlandson) because I played with him for 2 years. He has given me some feedback and things that he has learned during his first year as a professional.

TVFC: Nice, so how was the showcase experience itself? What was the setup like for it?

JA: The showcase was great! I got to meet and play with a bunch of new players as well as MLS coaches. The event split the group into 2 teams with 22 players on each team. The first day we did testing and had training. Then we played a game the second day. The third day was another training, with another gameday on day 4 to wrap up the event.  Each team had 22 players so for games everyone played 45 minutes each match.  I just really enjoyed the overall experience because it was something new that I haven't done before.

TVFC: Now that you've declared for the MLS SuperDraft, how are you feeling going into the draft day on Wednesday?

JA: Yeah, I'm feeling really good about everything.  It has definitely feels like its been a long time, but also a short process.  It's been a dream of mine since I was a kid, so there's a chance that my dream could be fulfilled. I would be so grateful if I could accomplish that in front of my parents, family, and friends.

TVFC: Awesome, we are all looking forward to it and can't wait to see what you will do next!

To watch the MLS SuperDraft Wednesday at 5pm, check out Youtube at https://www.youtube.com/@mls, or check out www.mlssoccer.com to follow the draft tracker.